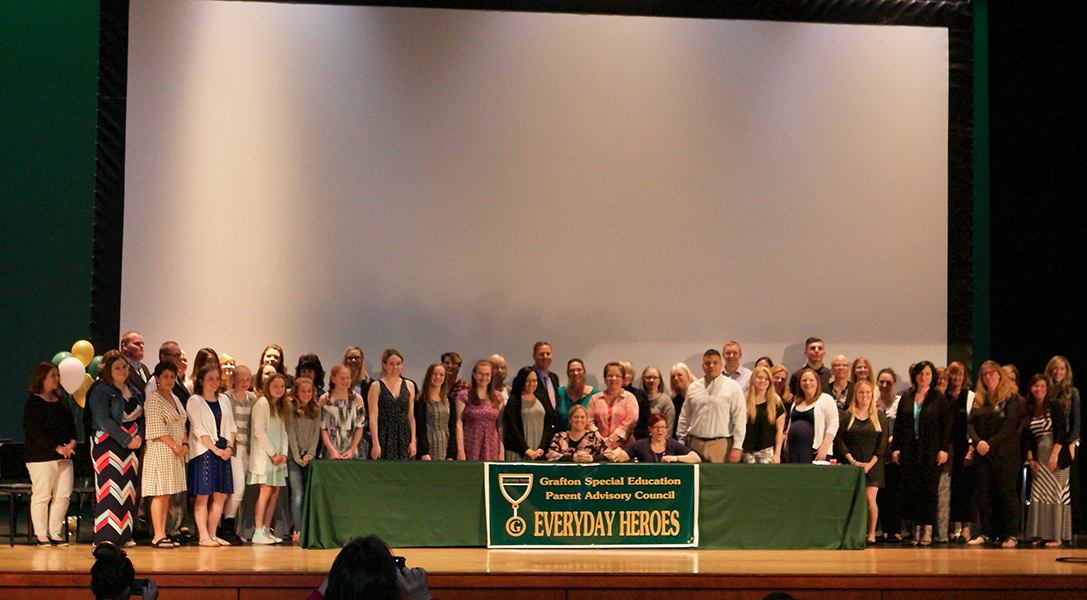 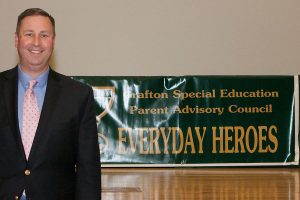 [fblike]Mr. Pete was nominated and awarded an Everyday Hero Award by the Grafton Special Education Parent Advisory Council this evening. Nominees “have made a significant contribution by enhancing the life of a student with special needs.”

The letter of nomination reads:

“Mr. Peter Singley is a General Music Teacher and Band Director at Grafton Middle School. Being a music related arts teacher, Mr. Singley often works with music classes, band or jazz band that include a blend of regular education and special education students, often without the assistance of special education instructional assistants. It is commendable to note that Mr. Singley dedicates time to ensure that the special education students in his charge are building their confidence daily and are participating in classes or bands fully. Mr. Singley, for example, supported a students who wanted to learn a particular song on the guitar (a new unit of study at GMS), and when the student discovered that one of the school secretaries loved the song, wanted to play it for her. Initially the student was excited, but then became nervous and expressed his lack of confidence. Mr. Singley jumped right in and said that he would play the song with him! The student brightened up and regained his confidence. Mr. Singley is a true hero every day because he recognizes the unique learning needs of students, and with undying energy addresses them to ensure that all students feel equally a part of each class.”

For this, Mr. Singley received an Everyday Hero award from the Grafton SEPAC and a Citation from the Massachusetts House of Representatives signed by Speaker of the House Robert A. DeLeo and State Representative David K. Muradian, Jr. 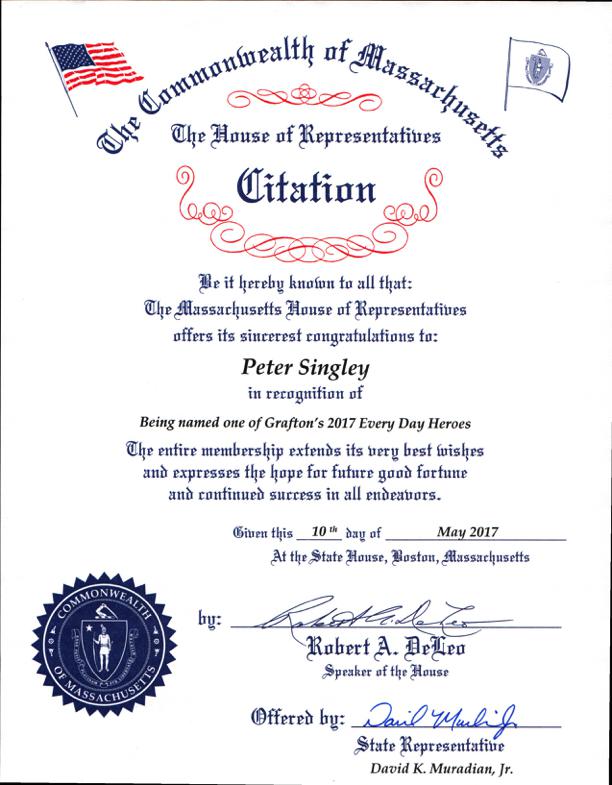