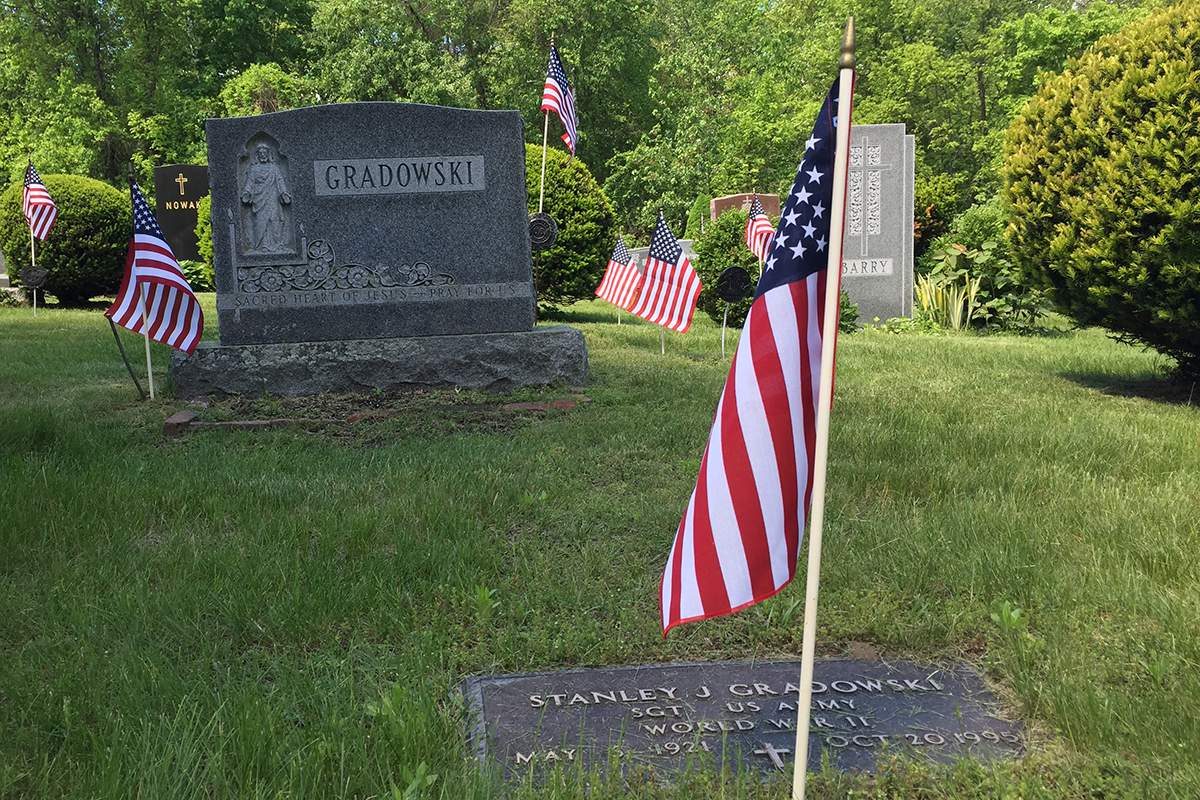 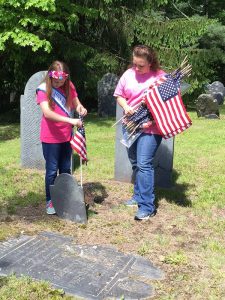 [fblike]Miss Melissa and daughter Rebecca, the current USA Ambassador Miss Massachusetts, Jr. Preteen, helped to place and replace American Flags for Memorial Day. This is the second time that they have joined other families to replace weathered flags on the graves of each veteran in Holden’s cemeteries. One veteran who Melissa and Rebecca spoke with explained that he had performed this same ritual at Arlington National Cemetery when he was stationed at Fort Myer. He told them how every soldier at Fort Myer was up very early to place flags before anyone arrived. 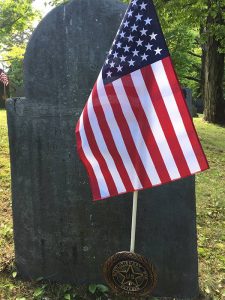 Miss Melissa and Rebecca will also be marching in Holden’s Memorial Day Parade which will take place on Monday, May 29, 2017. It will begin at the Holden Recreation Department at 11am with stops at 3 cemeteries. There will be a prayer, gun salute, a patriotic song sung by the girl scouts and the playing of taps at each stop. The parade will end at the Gale Free Library. This year’s parade is dedicated to all that served in World War I, April 6, 1917-November 11, 1918. From the Memorial Day Parade’s facebook page:

All Gave Some, Some Gave All.

Rain or shine, we will march on Monday to acknowledge the sacrifices of some of Holden’s best.

Thank you to Holden Selectman Anthony Renzoni for the invitation to help.

What is Memorial Day?

Memorial Day is an American holiday, observed on the last Monday of May, honoring the men and women who died while serving in the U.S. military. Originally known as Decoration Day, it originated in the years following the Civil War and became an official federal holiday in 1971. Many Americans observe Memorial Day by visiting cemeteries or memorials, holding family gatherings and participating in parades. Unofficially, it marks the beginning of the summer season. 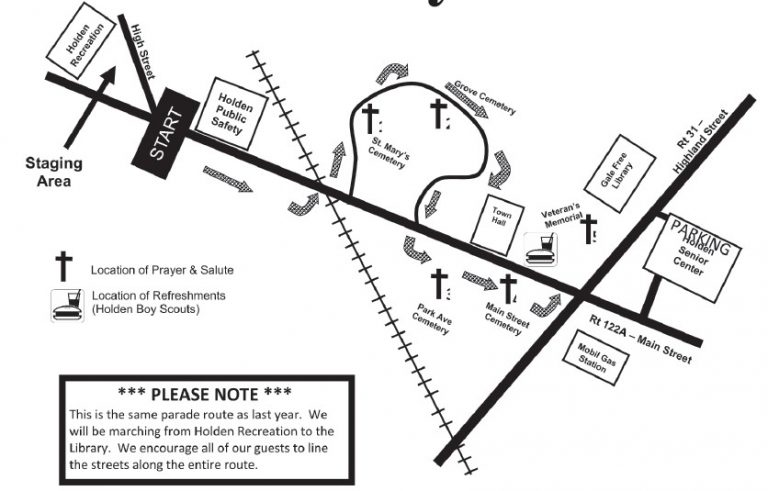