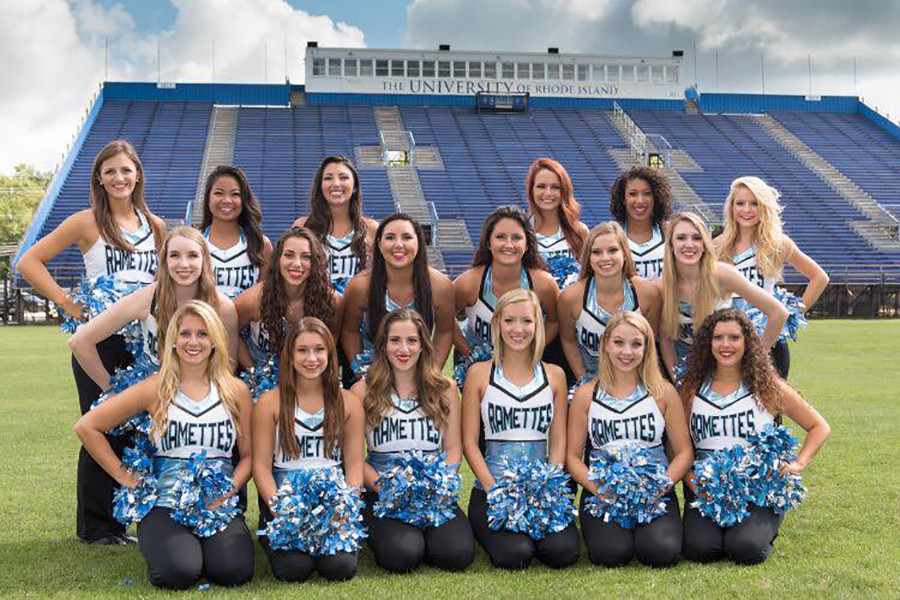 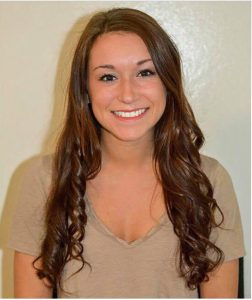 GDA Alumna Melinda danced for URI and is teaching dance.

[fblike]Melinda Carraher is a GDA Alumna that graduated St. Peter-Marian in 2014. Since then, she has been a student at the University of Rhode Island. This fall she is going to be a senior at URI studying entrepreneurial management in the College of Business. She hopes to someday pursue her dream of owning a bridal hair salon in a big city like Boston and has plans to attend a Paul Mitchell hair school after she graduates. She is a sister of Zeta Tau Alpha sorority and has held positions on the programming council as Formal chair (event planning a formal for 350 people) and on executive council as Historian (PR and marketing for the chapter).

Melinda continued with dance after GDA on the URI dance team. She was a member for two years and says that she had an awesome experience! “We traveled to Scranton, PA for two summers to attend UDA camp with teams from all over the north east and had amazing choreographers and staff to help us grow individually and as a team.” She went on to say, “Dancing for a D1 basketball team gave me a thrill every time I stepped on the court.” Also, during Greek Week there is an event called “Lipsync” that is a 10 minute dance. Melinda was lucky enough to choreograph that dance with 50 people in it. They came in 3rd place overall! 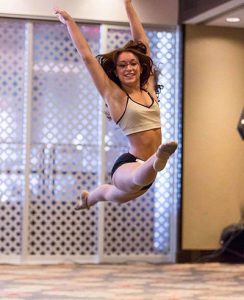 Melinda at her audition for the New England Patriots.

Even though she chose not to audition for the dance team after her second year, she continued with dance as a teacher at Rhythm Dance Center in Rhode Island. She will return this fall as their jazz teacher and choreographer. Melinda says, “I have learned so much about myself and my dancing by working here.”

A highlight for Melinda was auditioning for the New England Patriots Cheerleaders last year and she was so excited to make it to the finals. She says, “I will 100% be auditioning again this season and hoping to make it even farther.”

Melinda and her GDA Dance Family at Christmas.

We asked Melinda if she had any advice for GDA dancers and she said, “I’ve made so many memories and loved my college experience. My best advice to the dancers about to leave GDA is to go out and make new best friends and experiences at college but always be excited to come home and see your dance friends because they are your family!”

Great to hear from you Melinda!